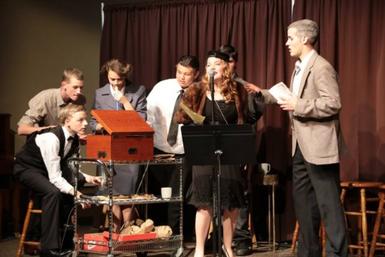 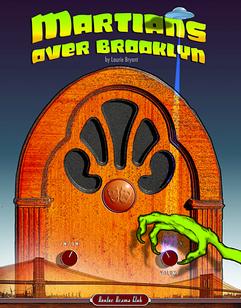 Poster and images below 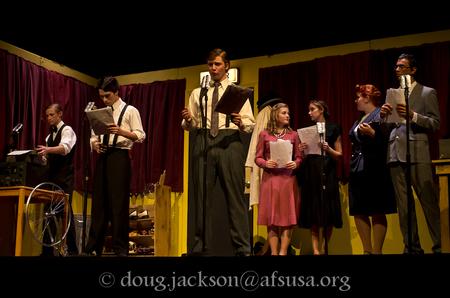 Could you live without technology?

Young Abigail Rickman once penned an essay that won tiny North Creek the title of Most Wired Town in America, and a lifetime of cutting-edge technology in partnership with SOLOtech. Ten years on, local journalist Abigail longs for a return to an unplugged life, where neighbors made eye contact, residents shopped on Main Street and a social life was, well, social.

When reclusive young billionaire TW Morris arrives as corporate flunky 'Tom Williams' to name North Creek the site of SOLOtech's new Virtual Vacation Resort, he gets an earful from a disillusioned Abigail. Eager to disprove Abigail's claims that his technology has had a negative impact on life in North Creek, idealistic Tom challenges the town to unplug for a month. With $30 million at stake, residents young and old struggle to return to normal social interaction--and both Tom and Abigail realize they need balance in their lives and they just might find it in each other. 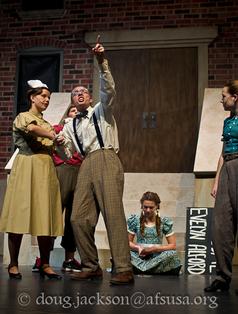 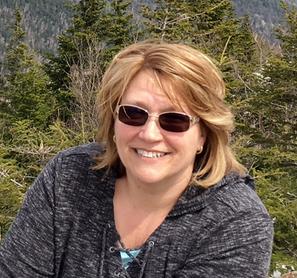 ​If your least favorite teacher was kidnapped, would you want her back?

Underachievers Casey and Tim are dreading their English midterm oral presentation for the demanding Miss Dower until a well-timed power outage throws their school into chaos and they pull off a spontaneous kidnapping.

After stashing Miss Dower safely in the basement book room, they quickly realize they may not have thought things through. The eccentric PTA moms mobilize to organize a bake sale to raise the ransom, their Star Trek obsessed custodian fights to keep the starship--er, school flying, and their put-upon principal (a former student) is in no hurry to get Miss Dower back. To make it worse, Casey and Tim are doing more work for Miss Dower as her kidnappers than they ever did in class!

I am fortunate to have had my plays staged all over the US and Canada, and from Australia to Zimbabwe; by students and adult repertory companies alike.

It is an honor to know that my words resonate with such diverse directors, actors and audiences. I wish you all many broken legs!

My Plays for Your Stage

This was a great choice for our talented high school cast of 13 male and 13 female actors. The audience continues to comment on how much they enjoyed the show. 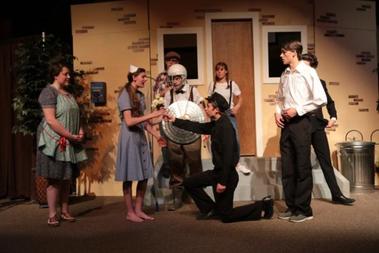 A narrator introduces the audience to a time long past, where young academic-minded people were mired in an educational culture that didn't meet their needs. Arising from the mass of mediocrity is Arthur, who assumed his rightful destiny as King of the Students when, as a lad, he laid hands on Excalibur, a text of extraordinary length that he alone could read. Arthur travels the land in search of other gifted students to join him at Cramalot, a place where they can read, write and share ideas—preferably without being shut into medieval lockers. Along the way, Arthur and his growing band of brothers (and a sister or two, courtesy of Title IX), are aided by the Lady of the Lake, the famous Student-Assistance Counselor, and are charged by the Supreme Being? The Superintendent of Schools, with securing the Holy Grail, an Ivy League diploma. Arthur and his Knights of the Library Table learn many valuable lessons along the way, and poke more than their share of fun at students, teachers, parents, administrators, and, well, the state of education in general. (As if it isn't funny enough on its own.) 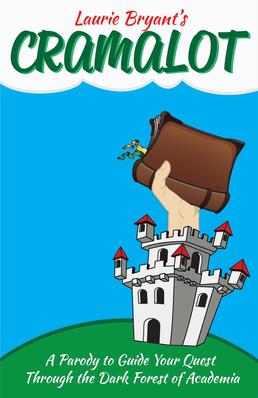 The premise of the play is simple; its exploration of xenophobia is not.  The play explores the varied responses by high school students to an unattended backpack at a public park.  While some sequences may seem to take a lighthearted approach to the subject, there is an intentional undercurrent of discomfort.  The intent is to illuminate how one misplaced object can bring out the best — and the worst — in us.  A moment of indecision can create a Pandora’s box of swirling evils and muddled good intentions.  At the end of this gripping drama, our teens, like our world, are left with a lesson in acceptance and a message of hope.

In 1938, "Martian Panic" swept across America. On the eve of Orson Welles’ radio broadcast, "The War of the Worlds," a Brooklyn neighborhood comes alive. The Bonacellis and their neighbors have all been avoiding something: the desertion of a father, a perpetually impending wedding, or the reality of their true situations. When the radio announces, to their horror, that Martians have landed in New Jersey, chaos ensues. Emotions run high, and class and personal warfare erupts, as the group awaits the impending invasion...only to discover the truth. In this touching comedy, a group of neighbors learn to accept their own realities and face their fears.